So You Want to Be A Dungeon Master?

As someone who loves Dungeons & Dragons (& all sorts of tabletop RPGs) and has a decent amount of experience under my belt, I'm often asked by new or prospective DMs (Dungeon Masters) for advice.

I hope I can start to compile that advice into a series of blog posts but that this one will stand well on its own!

This is a decently long post, and the links I have may have many hours of content, but don't get intimidated, thinking you need to know everything before you start, I sure didn't!

Instead gather some friends (ideally 3-5, any more can be overwhelming), make characters together, and start playing! (Check out this character sheet, I prefer it to the official one). You'll learn as you go and probably make mistakes, but that's fine, just have fun!

So for this first post, I thought I'd share where I got DM advice from, and some general info about where you can find out how to play (for both DMs and Players).

There are tons of resources online for DM advice already by people with very different experiences and backgrounds than I do. These are only a few, so search out new and diverse advice givers! I've learned a lot from these people too, so instead of just reiterating what they've said, I'll link you to them.

This first section will also have some useful links about playing the game in general, so feel free to share with you players! 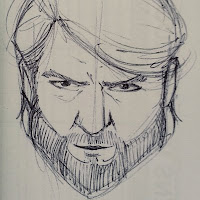 Has a fantastic YouTube series called Running the Game where he teaches you, aspiring DM, how to run D&D, he'll even make an adventure with you!

He's also got a great video (Welcome to Dungeons and Dragons!) to send to your players (and for you to watch if you want).

His videos have no ads, and I helped support his channel via Kickstarter by backing his book. 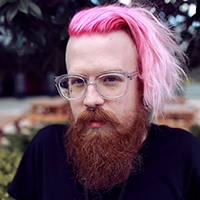 A fellow Canadian, a queer gamer, and a player/GM of many many RPGs, Adam has a great background for advice giving.

He's the co-creator of Dungeon World (also a great game!) and plays lots of live games on Twitch (great for inspiration) such as many different series/games under for RollPlay (example of a recent one).

For DMs, check out his call-in advice show Office Hours! It's not D&D-specific, but has lots of great advice about roleplaying games (and unintentionally, relationships)

You can also get tons of great advice online from communities!
I've made a multi-reddit for DM advice. It's got some general D&D subreddits and some very specific ones for DM advice, making your own homebrew rules, dealing with odd situations, etc.

There's also tons of great Discord server where people chat about D&D and DMing!
This list will be updated if I find more in the future


If you're like me and prefer reading dead-tree copies of things, check out your friendly local gaming store (FLGS)! There's got to be one nearby, even if you don't know about it. Assuming they're an official Wizards Play Network store, they'll also get new books earlier than online retailers, and even have special covers! (pictured left).

Local gaming stores are what started the hobby, and (hopefully) provide a safe space to play, meet new people, and learn about the game. I try and buy local whenever I can, even if it's a bit more expensive than Amazon.

Amazon and non-hobby retail stores stores do often also carry D&D books, but get them slightly later (one week I believe) and have a different cover (which are also gorgeous though! Pictured right).


However, not everyone has the disposable income to buy nice hardcover books, or maybe not buy a book at all. Fear not, you can legally get the basic rules for free!

Wizards of the Coast (owners of D&D) provide all the basic rules for free online.
You can play from level 1 to 20, just like the PHB (Player's Handbook) rules! However, there are a few less options for sub-races (sub-species) and sub-classes than buying the PHB. But I'd say the classes accessible are the classic archetypal ones. WotC provides these rules as both PDFs and HTML web pages.

A brief history lesson. Back in the early 2000s the 3rd edition of D&D came out. At that point the core mechanical rules of the game (the D20 System) were licensed under the Open Gaming License (OGL). Following editions are also licensed similarly.

Meaning people could publish, modify, and use those rules to create supplements for D&D.

The OGL is what allowed games like Pathfinder to be created! The rules are also listed under the System Resource Document (SRD), that Wizards provides.

You'll find many other places where you can find the D&D 5e SRD in various searchable forms, such as Roll20.net (provides digital tabletops for online play) and D&D Beyond (also provides a free character builder and paid digital versions of the books).

Well then you're in luck! The Critical Role team has made a video series (still being released at the time of writing) that helps you (as a player or DM) learn the basics by going through the Players' Handbook.
They gave this series the goofy name Handbooker Helper.
I haven't had a chance to watch much of it yet, but it seems useful!

Continued After a Long Rest

I'll try and continue to give updates to this series in the future s I gather more info! I'll also try and come back and give this a good edit later on too.

Questions? Comments? Resources of your own? Leave them in the comments below!